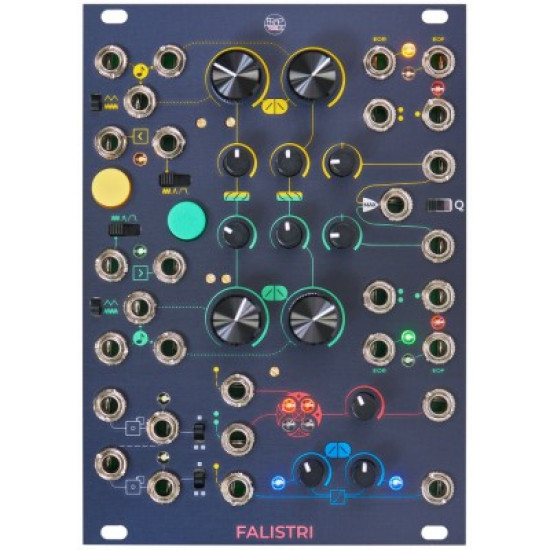 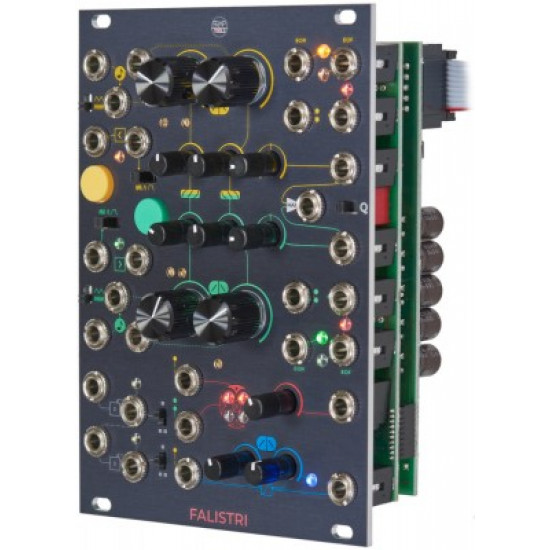 Falistri definitely is a strong competitor to another module with a confusing name – the Make Noise Maths. In essence Falistri is a fully featured dual envelope generator / LFO / oscillator. But additionally, you will also find a Ringmodulator and a Slew Limiter plus a Flip-Flop. Altogether these (sub-)units beg for creative re-patching. Another feature that stands out is that you can alter the shape of the envelopes independently of the overall time! That is a feature rarely seen and mostly done digital. The Falistri however is analog through and through. No DSPs here. We see this module as a possible center piece for many (and especially small) systems!

“Falistri” means “many little sparks” (like in a bonfire) in Italian. Same as with this picture describing a multitude of connected movements, it is one key idea of Falistri to suggest to you to not discriminate between fast, audio-rate signals and slow LFOs or clock signals, even Envelopes and Oscillators. Frap Tools also gave it the subtitle “Movement Manager” for this reason. Generally, every unit within Falistri will happily accept any kind of signal of any polarity and/or can be switched to generate such. We hereby strongly encourage you to experiment with that (also within every other module).

What sets the Falistri apart is that it offers an extended range, stable tracking, independent shapes and time for rise and fall plus some useful extra functions that enable the user to use its full potential. It is a well laid out refinement of a classic concept with some very clever switches, jacks and normalisations.

Falistri looks unconventional, almost mysterious at first glance. Zoom in and you will find a very logical graphical description, that really makes sense once you got into it.

The two main Generators of Fallistri are arranged mirror symmetrical. They can be used as envelope with the associated unipolar (=positive) output or really wide-range Oscillator/LFO with the bipolar (=positive and negative going) output. Note: The very useful additional attenuverted output is hardwired to the unipolar out. A Generator can be set to loop continuously – for Oscillator/LFO applications or can be triggered “one-shot” as AD or AHR-envelope. Depending on the setting of the associated switch. In AD or Transient mode, Falistri will only react to the rising edge of a trigger/gate signal. In AHR or Sustained mode, Falistri will start the Rise phase when the trigger/gate goes from low to high and the Fall phase when it goes back from high to low. Thus, also allowing for a Hold phase, should the gate signal be longer than the Rise phase. Both Generators are being combined in the Max output. Especially with the help of the additional Quadrature mode you can design more complex envelopes (or waveshapes) through this output.

An additional Slew Limiter is to be found at the bottom of this module. It will smooth out whatever signal you feed him. You have control over Rise and Fall time separately. Unlike with the Generator units the characteristic is fixed at “linear”.

By creatively patching together the (sub)units and carefully listening to the results you will be able to go far beyond the usual envelope/LFO/VCA applications and sounds. Falistri can surely serve as a spark of creativity for almost every system. 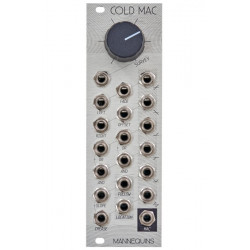 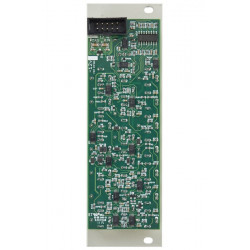 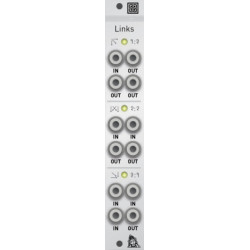 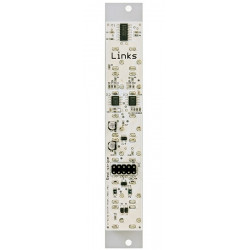 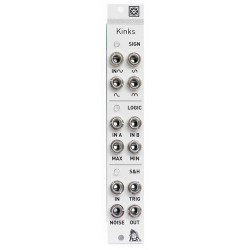 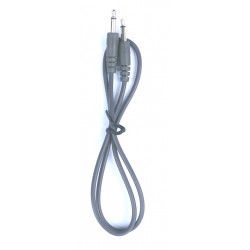 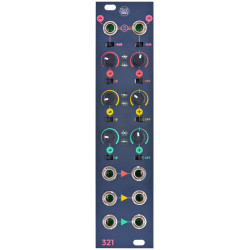 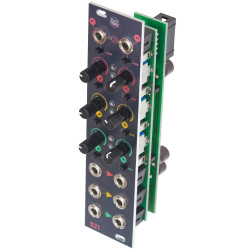 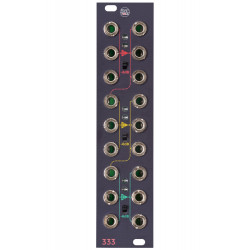 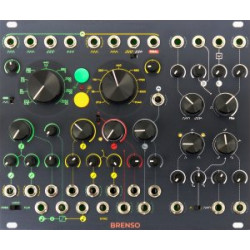 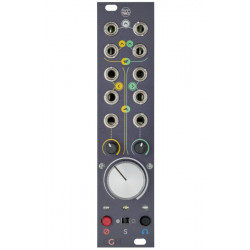 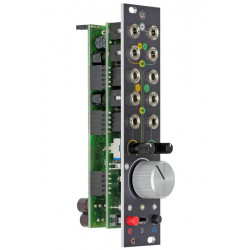 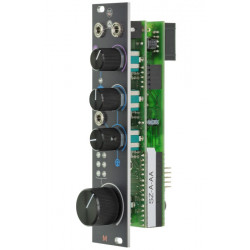 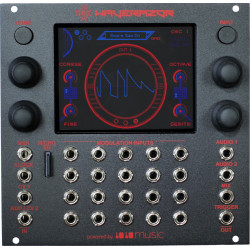 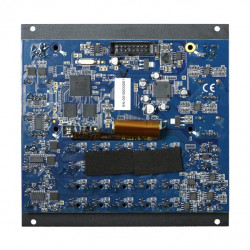 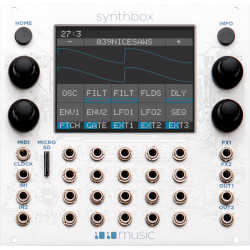 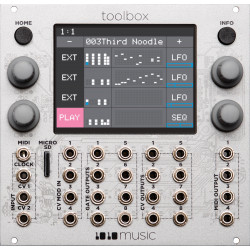 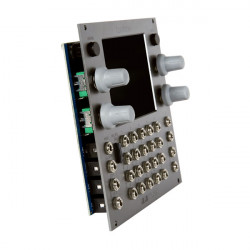 1010 Music Toolbox
DescriptionToolbox is a musically intelligent control module capable of driving a rack full of gear. It features both MIDI and Control Voltage connect..
599.00€
Ex Tax:503.36€
Add to Cart
Add to Wish List Compare this Product
Buy Now
Please Note
We performing some updates to our site.Sorry for any problem this may cause to you.If you have any problem please use the contact form or send us an email at info@synthesizer.gr