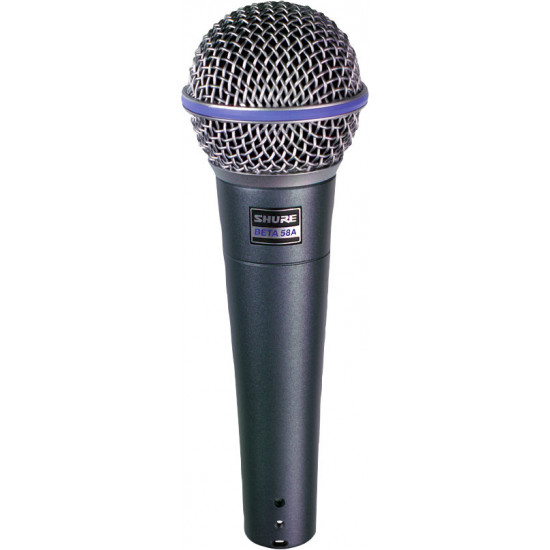 Upgrade Your Live Vocals with the Shure Beta 58!

Shure's SM-series microphones have achieved legendary status in the music industry, offering rugged dependability and pro-quality sound to musicians around the world. The next-generation Beta series builds upon this solid reputation with hotter output, wider frequency response, and more of the rock-solid construction Shure fans have come to expect. Beta 58A microphones in particular are custom-designed for pristine vocal performance both on stage and in the studio.

While most dynamic microphones use standard magnet material to reproduce audio, the Beta 58A's neodymium magnet produces a much stronger electric current for hotter output voltage and more detailed sensitivity. In fact, the Beta 58A's puts out about 4dB more output than the SM58. This brings focus and articulation to even the quietest vocal lines. You'll have higher gain before feedback on your microphone preamp or mixer channel, letting the singer cut through the instrumental mix with authority and presence. When vocals sit back too far in the mix, the song suffers. Put a Beta 58A on the mic stand, and the lyrics lead while the music follows.

The human voice produces a wide range of tones, and the Beta 58A captures them all with rich warmth and clarity. Wider at both ends of the spectrum than the SM58, the frequency response from 50 Hz to 16 kHz handles the highest sopranos, the deepest basses, and everything in-between with natural character. Beta 58A's are especially good when used up close to the vocal source, offering enhanced control over the proximity effect. Most dynamic microphones tend to sound boomy up close, because the proximity effect exaggerates their bass response. The Beta 58A has a gradual low-end roll-off, letting you use the proximity effect to your advantage. Put your lips right up against the windscreen and you'll hear a deep, mellow resonance that would make Barry White blush. Upper midrange frequencies are custom-tailored to sweeten the natural harmonics that give your voice its unique character. You won't need to spend much time at the board trying to tweak the EQ, because your vocals will already sound fantastic.

The Beta 58A's supercardioid pickup pattern takes much of the guesswork out of your sound-reinforcement layout. In a live setting, this unidirectional aiming control lets you position your Beta 58A away from the monitor output for higher gain before feedback. The intended sound source will ring out strong and clear, without adding that annoying squeal into the signal path. The pickup zone in front of the capsule is a bit narrower than standard cardioid microphones, with better off-axis rejection. In the studio, the Beta 58A can be used to provide superior isolation for recorded tracks. Less bleed from one sound source to another means you can record more sources simultaneously, speeding up the production process and allowing performers to feed off each other's energy for the tightest possible performance. Once you hear the results, you won't want to record any other way.

Those familiar with Shure's legendary quality and durability standards will not be disappointed with the Beta 58A. Their battle-tested pneumatic shock mount system reduces handling noise caused by vibrations traveling through the mic stand, and the rugged steel-mesh grille resists dents and protects the internal components from damage. An integrated windscreen cuts down on breath noise and popping sounds for a clear, focused vocal performance. It has also passed Shure's famous drop test, where the prototype was dropped ten times from a height of ten feet with no loss of performance.

The package includes a soft storage pouch, and an unbreakable mic clip that swivels 180-degrees. 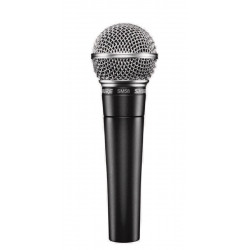 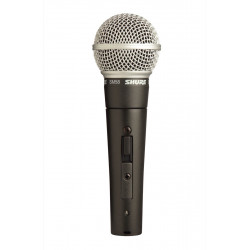 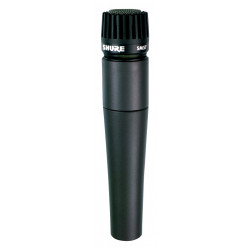 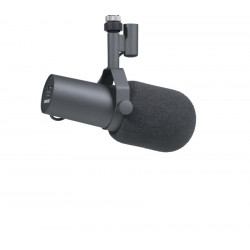 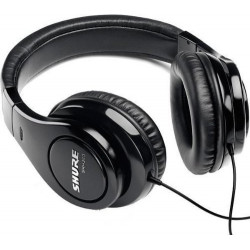 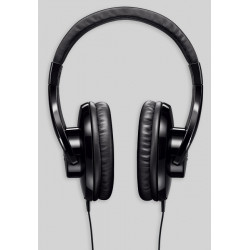